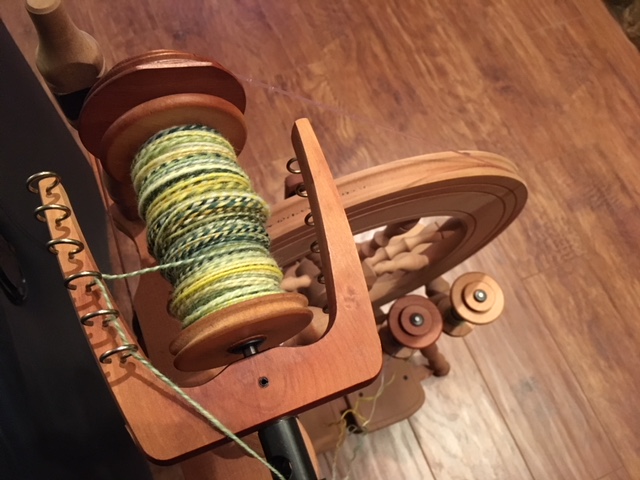 I had great intentions last night to finish plying the two bobbins worth of Spunky Eclectic Club that have been languishing. And here’s the backstory…The singles were completed months ago and I’ve been, every so often, hopping onto the wheel, Levana, to ply.The fiber is February 2016 Farmer’s (BFL) Sheepswool in “Aspens.”

To get my spinning mojo back, I put the task into my bullet journal for completion yesterday. Plying was whizzing by as the puck was also in action as we watched the Tampa Bay Lightning battle it out with the Montreal Canadians. However, I must have been more tired than I realizes as I started to doze during plying. 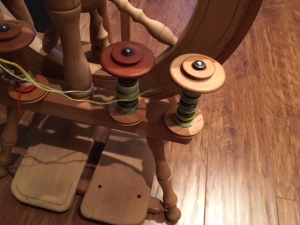 I realized that getting into bed and going to sleep before I got a second wind was the smart decision.

Thinking that the last little bit left on the bobbins will not take me more than 15 minutes to complete. Then let it sit for two days and the skein will be ready for its wash, prep and drying!